There is perhaps no other invader that strikes greater fear or dread in the hearts of home and property owners than cockroaches. This is not a reputation that hasn’t come without work. Cockroaches have worked hard to earn their feared reputation, and they’ll continue to build on it as time lapses.

One of the biggest reasons that people fear cockroaches is because if you find one on your property or in your home, it means you are dirty or living in poverty, right?

That is not entirely the case at all. Yes, cockroaches are more likely than not found in dirty, cluttered, poverty-driven places.

However, that doesn’t mean they won’t invade the nicest, cleanest, and most luxurious homes either. They will! They have! Cockroaches don’t discriminate when it comes to where they’ll live and eat. They just want a suitable environment they can thrive in. All this might be interesting, but it certainly doesn’t give you a clue as to how to start battling them.

The key to effective roach control and elimination is taking the right approach. Knowing the right approach to take and how to take it. If you want to eliminate roaches from your home or preferably even keep them from showing up in the first place, you’re going to want to educate yourself. Likely, no one reading this needs a long, technical definition of a cockroach. However, what you do need to know is that there are honestly only a few species of the roach you need to concern yourself with.

While there are thousands on top of thousands of species of roaches with unique traits, there are only a select few that invade the home. Focusing on these is the best place to start. These invaders would be the German Cockroach and The American Cockroach.

If you need a refresher, just think of the second World War. That’s what it will soon feel like in the home if you don’t get a handle on this problem quickly. Cockroaches if not anything are persistent little things. The American Cockroach can nearly grow to 2 full inches in length, whereas the German Cockroach typically only reaches about half an inch.

The German is brown with two darker stripes behind its head. Yes, these are somewhat like racing stripes. The American, similar in color, actually has a bit of a reddish tint to it. It’s more of a reddish-brown with a definitive yellow patch behind the head. Although both versions of these roaches have applicable wings, it is the American that prefers to take flight.

You’ll rarely see the German counterpart flying around. Not quite as common is what is known as the Asian Cockroach, and it can also be a troubling invader. Similar in color and size to the German Roach, this one is typically only found in Florida or other warm climate areas.

There is no better educator on earth than time. You live something long enough, do the same task long enough, and you’ll surely master it. Time is one of the things roaches have on their side. These creepy invaders have been crawling around nearly since the start of time. Evidence of their presence can be dated back to 300 million years.

The fact that they have been around that long and still exist should tell you one thing. They know how to survive and their length on earth is a true testament to their desire to thrive.

Do you think you have a lot of brothers, sisters, aunts, or uncles? You’ve yet to see anything compared to the size of most roach families. These indelible creepy crawlers can produce an incomprehensible number of offspring in such a short time. This is just another of the many things that make them such a difficult invader to eliminate.

To give you a general idea, a single female German Cockroach can birth more than 30,000 babies in the course of a year.

Survival Of The Fittest

Not only do roaches show up in large, expanding numbers when they show up, but they show up with the true intent to stay. One of the major contributors to the roach’s long life on earth is its durability. You’ve probably heard all kinds of stories of roaches and how hard they are. You’ve probably heard people telltale of roaches getting their heads cut off and still running about.

You’d be surprised at the truth to that statement. In addition to this, cockroaches are minimalists. They don’t need a lot to survive. Some insects and invaders need a steady supply of food and water to survive. That’s not the case for the roach at all. This winged invader is so hardy that it can go extremely long periods without a meal. Unfortunately, eliminating access to easy food supplies won’t kill them out.

It’s certainly a good starting point, but don’t just expect to do this alone and rid yourself of the problem at hand.

Going back to appetite and nutrition, roaches truly are minimalist invaders. Not only do they not require frequent meals, but they can also survive on just about anything they. If given the choice these winged crawlers would prefer sweet, starchy foods, but that’s not the only thing they’ll eat. In fact, it’s the furthest thing from it. Do you think a Billy Goat has a diverse appetite? You’ve yet to see anything until you see what the roach will eat.

This is just another of the many attributes of the roach’s durability. These hardy little invaders can live by eating glue, books, hair, leather, and even soap. What’s more interesting is, that they’ll not only live off these things, but they’ll thrive with them.

The Will To Live!

How can you expect to kill something that goes on living for a week after having its head separated from its body? Heck, vampires even immediately perish after you lop off their heads. Unlike other invaders, roaches are extremely difficult to kill. One of the reasons for this is their uncanny ability to squeeze into tiny cracks and crevices. They are like the bed bug in this sense.

However, above all this is the hardiness of their offspring. Do you think the roach itself is a hardy creature? Their offspring and eggs are even more durable. They are protected against common insecticides. Your typical over-the-counter bug repellants and insecticides aren’t going to do the job.

There Are Real Danger Associated

The biggest chunk of the insect community is incongruous. Unfortunately, that is not the case with roaches at all. These winged backed invaders pose more than just a mental scare. They are dangerous to your health, especially for individuals that suffer from allergies and asthma. Their presence also contributes to E. Coli and salmonella, tuberculosis, typhoid, and a whole laundry list of other respiratory diseases.

It has even been said that these invaders carry and transmit parasitic worms.

From what you just learned about the common roach, you can see just how troubling they are. Therefore, you’ll always want to turn to professionals. As long as roaches have been roaming the earth, there have been people battling them. Over the years, the extermination community has come up with some ingenious and unique ways of dealing with these invaders.

Given their propensity to produce and the dangers they carry along with them, you’ll not want to wait when spotting a roach on the property. There is never just one even if that’s all you see.

You don’t have to be squeamish about insects and bugs to hate the cockroach. This is without a doubt one of the most feared and dreaded insects out there in the Houston area, and it is completely understandable as to why. Not only are they unsightly, but they are a major nuisance, carrying around disease and bacteria everywhere they go. Most people don’t truly understand the dangers that this little insect possesses, but that is something we are here to educate you on. Living with cockroaches is dangerous and something you want to avoid at all costs for obvious reasons. Let us identify and eliminate your cockroach problems with ease.

We truly love the Houston area and everything about it. This is why we do whatever we can when we can to make sure that it is preserved. One of the ways that we are doing this today is by employing Eco-friendly treatment options. We offer a wide range of effective Eco-friendly treatment options that will not only effectively remove cockroaches from the home, but it’ll do so without disrupting anyone in the home or business. Although it is not advisable, our treatments are so safe that you don’t even have to evacuate the home during treatment.

We Are Insured To Protect You

If you check with most Houston pest management companies today, they’ll tell you that they are insured. And, they probably are! However, here is the real kicker. They aren’t covered with insurance that protects you. They are only covered with insurance policies that protect their employees and themselves. That is not the case with our company at all. We understand and know that there is always the potential for accidents or errors on a job site. Accidents and errors that lead to financial loss for our customers. This is something we don’t want our customers to experience, and why we carry specific policies to protect against it. Our insurance is aimed to protect all parties involved in the deal.

Other Reasons We Are Preferred

You can see just from the tad bit of information above that we truly care about the Houston community and its residents. However, that doesn’t mean that everyone is still opting for our services. And, not by doing so, you are truly missing out. Here are some other reasons that you need to get on board with our services.

We believe that the great people of Houston should never have to settle. And, when it comes to pest control, we’ll make sure that you never have to. It is up to you to take advantage of our services. We have people standing by right now ready to assist and take your calls. All you have to do is put your home, office, or family in our hands and we’ll take good care of them. 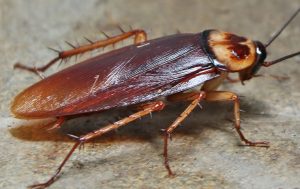