With the cool months long gone, many homeowners aren’t thinking about overwintering pests. As it happens, the summer provides the perfect opportunity to start safeguarding your home against the future threat of infestation. Not only this, but overwintering pests are more active in warmer climates. It is the cool weather that drives them indoors in the first place. So, with the hottest days still ahead, you’ll likely see much more overwintering pest activity.

What Are Overwintering Pests?

The best place to start is right at the core. Before you learn how to defend your home and property against overwintering pests, you must learn what these pests are and how they act. As was mentioned above, most homeowners aren’t even aware of the fact that these intruders are more active during the warmer months. Some didn’t know it was the cool weather that drove them inside in the first place.

With all that in mind, overwintering pests would best be described as a pest that hibernates during the winter. Pests are driven to seek shelter because they cannot survive the harsh realities of the winter months ahead. Think of a grizzly bear in the Canadian Mountains. This animal could almost fall into the category of overwintering pest.

Although these pests are driven to seek safe harbor inside during the cooler months, they don’t all remain dormant during these times. It’s entirely possible that you might spot one or two of them moving about the property. Learning the different classifications of overwintering pests, their mentalities, and their psychological makeup is the best place to educate yourself.

A Breakdown Of Overwintering Pests

Asian Lady Beetles – Similar to the popular ladybug, the Asian Lady Beetle is one of the more interesting predators that falls into the overwintering category. In addition to being considered harmless, these spotted creatures have been used as a line of defense in many gardens and farms. These beetles have a proclivity for feeding on predators that attack flowers and specific plants. These beetles also have the potential to leave behind sweet, musty smells.

Boxelder Bugs – Certainly one of the more interesting-looking pests, the boxelder bug rivals something out of an ancient Indian tribe. Its uniquely distinctive red, black, and orange markings resemble that of some ancient mask, marking, or tattoo. These creatures are also practically harmless to humans but leave behind dyes when crushed. This can present quite a problematic situation when trying to flush them out of the home. Be careful around white carpets and drapes because they will permanently stain.

Cluster Flies – One of the uglier pests on the list, the cluster fly is simply what its namesake implies. In groups, they like to cluster and swarm. This can present obvious problems, as where you find one, you will likely find many just lingering behind. When they appear, they usually appear in large numbers. They will usually appear in the home when the weather starts to turn back warmer. They’ll be seeking safe passage back to the great outdoors.

Stink Bugs – With a namesake like stink bugs, these are not pests you want to square off with any time of the year. They are commonly referred to as shield bugs in many parts of the world, as their brown backs are shaped in a shielded formation. They do not bite, sting, or even reproduce quickly, but are known for stinking, hence the name. They possess glands that secrets a foul-smelling liquid as a defensive tactic. If you offend one of these bugs, you’ll know it right away because it’ll spray you like a skunk.

Unfortunately, this is not the entire list of overwintering creatures. There are quite a few more that you could put on here, but these are typically the ones you need to worry about in your part of the world.

It Starts In The Fall

It all begins in the Fall. When that cooler weather starts to establish a foothold, you can expect these pests to start seeking shelter in your home and around the property. Just because they don’t successfully make it into the home doesn’t mean they won’t take up safe residence on your property, in a nearby tree, or under a fallen log. If it can provide suitable warmth and shelter, they’ll utilize it.

Winter is typically known as a period of dormancy for most insects. They’ll search for a safe harbor before the winter completely settles in. It is the repeated freezing and thawing of nature that they want to avoid and who could blame them? A fair amount of these mentioned creatures will overwinter as eggs. Sometimes in single digits and sometimes in masses.

It’s quite a miraculous process as many things in nature are, but it is not something you want to contend with.

Prevention Is The Key!

Most home and property owners fail by not realizing the importance of routine maintenance and upkeep. Keeping a simply mowed and maintained lawn can work wonders for warding off unwanted invaders. It exposes them and gives them less of a surrounding to feel protected and safe in. Keeping your shrubs, flower, and plants neatly trimmed and at least three feet away from the side of the foundation can also go a long way.

The biggest hurdle is the dead landscape. Fallen twigs, limbs, trees, or even overgrown grass provide the warmth and protection these unwanted invaders need. You combine the good lawn maintenance techniques with thoroughly sealing up your home and you’ll almost guarantee your property will stay predator-free this winter. 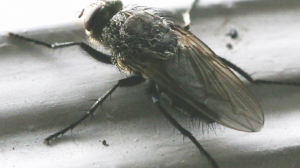