A well-known insect begins to appear around homes in late spring. The tiny species measures about ½ an inch when fully mature. The ladybug is one of the thousands of beetles that belong to the “Coccinellidae” family. While some people prefer to call the ladybug a “lady beetle,” the species is comprised of both males and females.

Identifying the ladybug is fairly simple, thanks to its unique shape, color, and other characteristics. The wings are protected by a thin shell, which varies in color from red to yellow to orange. The background color is layered in tiny black dots. The head, legs, abdomen, and antennas are solid black. The oval-shaped body gives the impression, that the beetle is carrying around a shell. When you think about the elytra or protective wing cases, the beetle is actually toting around a shell.

Why Is A Colony Of Ladybugs Infesting My Garden?

The ladybug is mostly viewed as a nuisance pest when in fact, it is much more. Without ladybugs and other pollinators, there would be no tomatoes, peppers, marigolds, goldenrods, sunflowers, snapdragons, cucumbers, and peas.

Like other overwintering pests, ladybugs are not fond of cold weather. To avoid the harsh winter weather, ladybugs turn to home invasions. Utilizing tiny openings, the insects can access the interior of buildings. They are also known to utilize other access points, such as non-secured windows and doors.

Do Ladybugs Transmit Diseases Through A Bite?

No, ladybugs are not infested with diseases. Ladybugs pose several risks, including allergic reactions, foul odors, and permanent stains. The insect has tiny glands that generate a pyrazine secretion that acts as a predator deterrent. The secretion emits a strong odor, described as being similar to pungent a skunk, burned peanuts, or citronella.

What Is The Most Effective Ladybug Treatment?

Our professional pest control combines multiple treatments to wipe out a colony of thousands of ladybugs. Our pest management program includes two treatments and visual inspections, followed by a prevention strategy.

Yes, over-the-counter traps can help control the ladybug population around your home. Pest traps utilize an adhesive to trap ladybugs. One trap can hold several dozens of ladybugs. Place them around the exterior of your home, away from pets and children.

When Will The Pest Control Expert Be Available For A Home Inspection?

Our representatives work around the clock processing service requests. The process can be completed in no more than 48 hours during the off-season. A skilled technician will contact you once your home inspection request is processed.

Yes, the US Environmental Protection Agency “EPA” monitors the production and sale of all pest control products. The agency strives to protect humans, animals, and the environment from exposure to the harmful chemicals in pesticides.

We utilize brand-name pesticides that have undergone extensive third-party testing. The rigorous testing process is an EPA requirement. The agency reviews the results to ensure the manufacturer is heeding its regulations.

Is There An Effective Prevention Method For Ladybugs?

We recommend a custom prevention strategy, including visual home inspections and treatment when necessary. Educate yourself and your family on every aspect of the ladybug. Learn how insect reproduces, overwinters, feeds, and survives. Apply this information to a prevention strategy that is guaranteed to deliver 100 percent effectiveness.

Our company has been part of the US pest control industry for a long time. We serve our communities by providing the highest quality pest management services in the country. 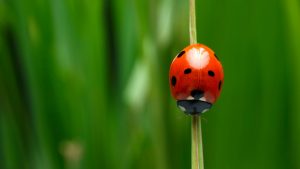