Just the mere mention of a spider sends some people scrambling. The arthropod’s furry body, poisonous fangs, eight beady eyes, and eight elbow-shaped legs are unappealing, in the least. There are around 50,000 species of spider found all over the world. While all spider species are venomous, some more so than others. When you consider this tidbit, it is understandable why the mere sight of a spider is terrifying.

The spider is a unique pest, with its silk-producing capabilities. The silk is utilized to create predator traps known as webs. A spider web can be as small as a DVD disc or as large as a monster wheel. The spider web serves as traps for predators and nonpredators, such as birds, frogs, lizards, insects, and other spiders. The international medical community is working on several applications for spider silk. Researchers extract proteins from the silk to be utilized in medical interventions to regenerate nerves and bone tissue.

In protective environments, spiders have a long lifespan of up to 25 years. The species consist of both males and females, with the latter being the larger of the genders.

Are Humans In Danger Around Spiders?

As previously mentioned, all species of spiders are venomous. However, entomologists believe the spider is nothing more than a pest. Of the nearly 3,000 spider species in North America, only two are classified as dangerous to all humans. These include the brown recluse and black widow spider species.

Why Are Spiders In My Attic?

What Is an Effective Spider Treatment?

Professional pest management is highly recommended for large spider populations. Traps and insecticides are combined with regular home inspections to eradicate spiders indoors and around the exterior of a home.

Yes, when mishandled, improperly stored, and misused. Over-the-counter spider pesticides are standard grade, which means they are designed to protect the environment in all situations.

Our pest control strategies heed the pesticide regulations by the US Environmental Protection Agency “EPA.” Our technicians are skilled, with years of experience in the pest control industry.

When Will My Pest Control Service Request Be Ready?

The responding technician will have your service request processed within 48 hours, no later than 72 hours. If you have any questions or concerns about your schedule, do not hesitate to reach out to our office. We are available on weekdays and some weekends.

What Is An Effective Spider Prevention Strategy?

There are several things you can do to prevent spiders from accessing your home or business. Starting in the basement or crawlspace, seal off all access points into your home. Utilize waterproof caulk, foam insulation, or metal screen to seal small- to medium-sized openings. A bigger initiative will be required to seal large holes and gaps.

Should I Worry About Brown Recluse Spiders?

Most spider species are shy, so they will not challenge you during an encounter. You can expect the spider to run in the opposite direction. However, safety should always be your primary goal when dealing with all spider species.

How Our Houston Specialist Deal With Spiders

Being located in the Houston area, you are afforded a lot of benefits and advantages that others aren’t. You not only have a truly great backdrop of a city to admire every day, but you’ll have plenty of business and financial opportunities. The area has kept growing and thriving during this time of need and despair. This is not to say that some areas and industries haven’t been hit hard, but there are always opportunities. That aside, there are downsides to living in the area as well. Unfortunately, one of those downsides will be the spiders. Poisonous, regular, normal, large, small, and medium. There are spiders of all shapes, sizes, and designs currently running rampant in the area.

Not everyone likes spiders or even cares for their well being. As exterminators, we get that and completely understand it. However, that does not mean that we feel the same way. In fact, we don’t, as spiders can actually be a vital part of a thriving eco-system. This is why we treat every living creature, even the spider, as a living being. We offer humane removal options that will remove spiders from the infested areas and place them back in other areas where they can grow and thrive. We have the skills, tools, and know-how to remove these spiders safely without putting anyone in danger.

Unfortunately, it is not always possible to remove a spider infestation without harming them. Whatever the situation is, we’ve likely encountered it before and can use our expertise and guidance to offer the best, safest, and most effective removal plan. Whether it be tearing out a wall to reach an infestation or traveling into the crawl space, we possess what is needed for the job.

Even if you don’t fear spiders, you need to understand the immense risk that they pose. Especially in an area like Houston. Houston is a huge city with an ever-growing and continuous population. With thick crowded and compacted streets, it can be easy for a spider to get in your car or hitch a ride in your pants and travel to another area, where it will eventually mate and spread. Of course, this won’t really be much of a problem if said spider isn’t dangerous, but given the unique atmosphere and environment of Houston, the case is more than likely that you are dealing with a poisonous and dangerous species.

You don’t want to be responsible for the death of another human being, do you? No, you don’t, and this is why you always need to take safe spider removal seriously in Houston. Let us handle the problem and put your wandering mind at ease.

Need More Reasons To Opt For Us?

We want to offer the Houston residents everything we possibly can. This is why we also offer: 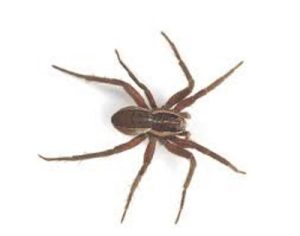